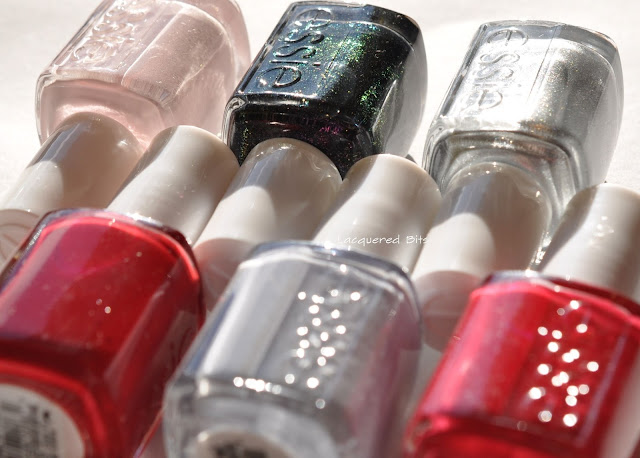 Hi guys!! I have swatches and comparison shots of Essie Winter 2015 Virgin Snow Collection. It consists of two pastels, two reds, one black  with what appear to be multi chrome micro flakes and one shimmery silver. All these colours don’t seem to be unique, except for the black multichrome one. 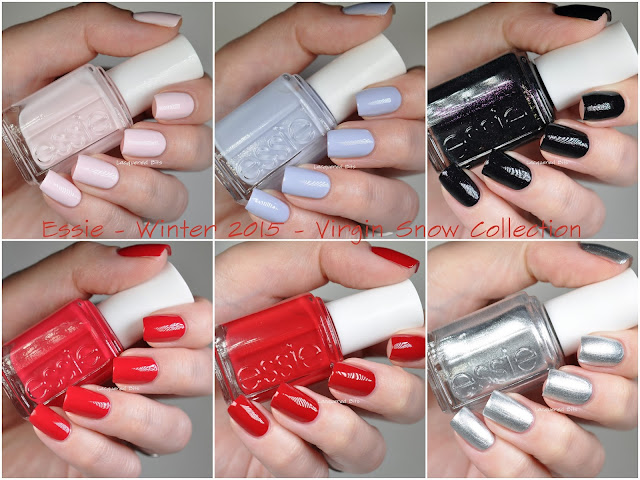 Here are all swatched in one picture and now I am going to show you one by one. 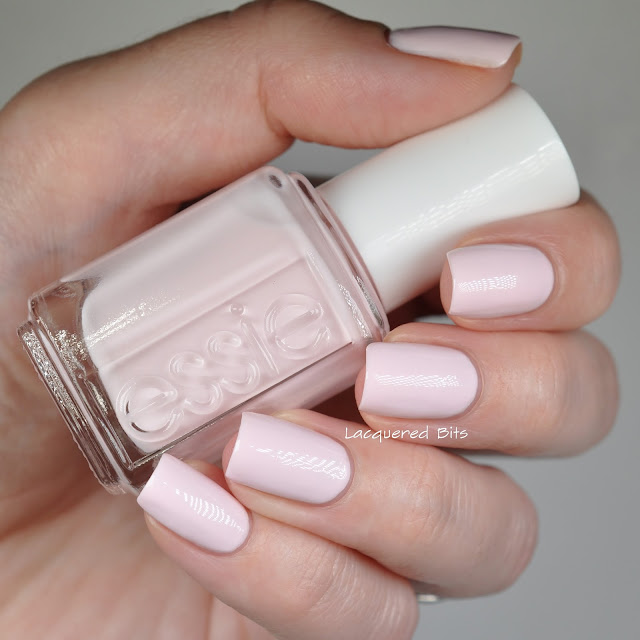 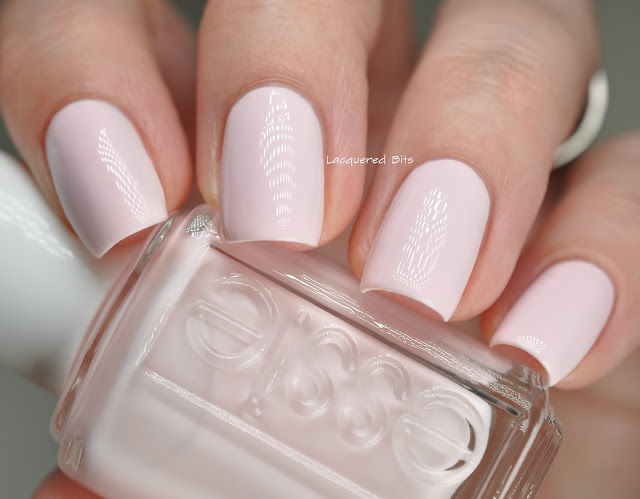 It is a pastel pink, a very beautiful shade, but the application wasn’t easy. It was streaky. I applied two lumpy coats and then I applied the third one just to get it a little more even, but it wasn’t totally even. I was really sad, because I like this colour so much. Maybe three thin coats would be better, I mean the result might be better with three thin coats.

Although looking at photos, it looks OK, but when I think of the application, that’s a whole different story. I really tried my best for the result you see. 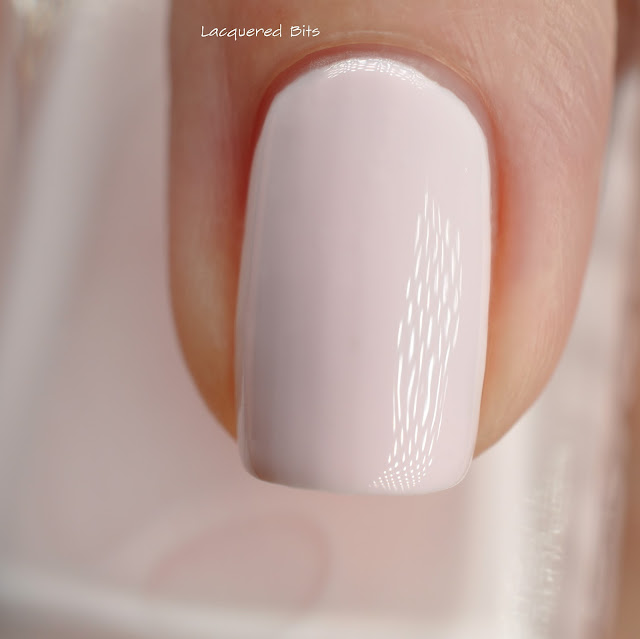 And comparisons shot. I honestly thought Fiji was going to be a dupe, but it wasn’t. It’s actually an even paler pink. 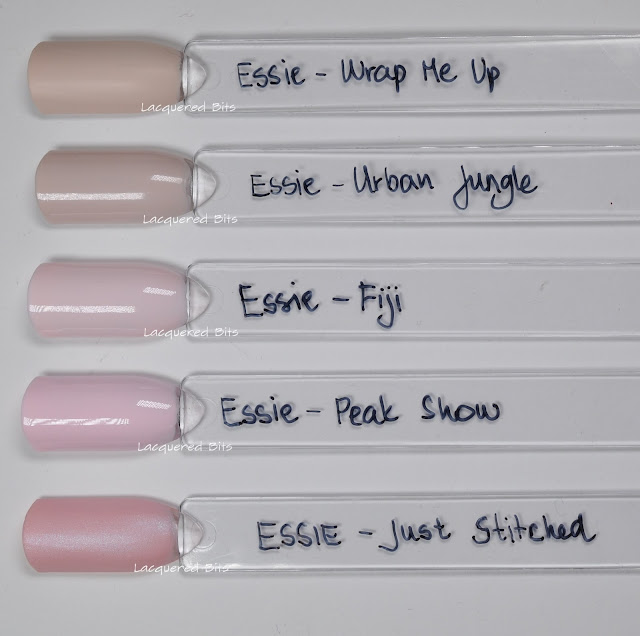 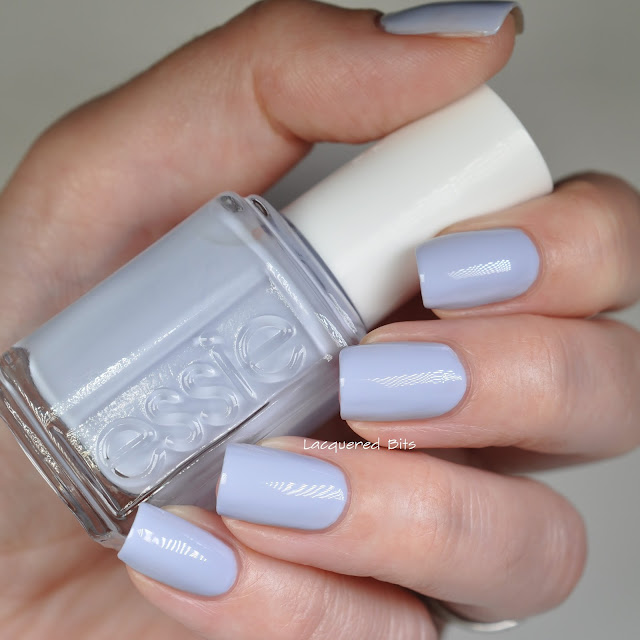 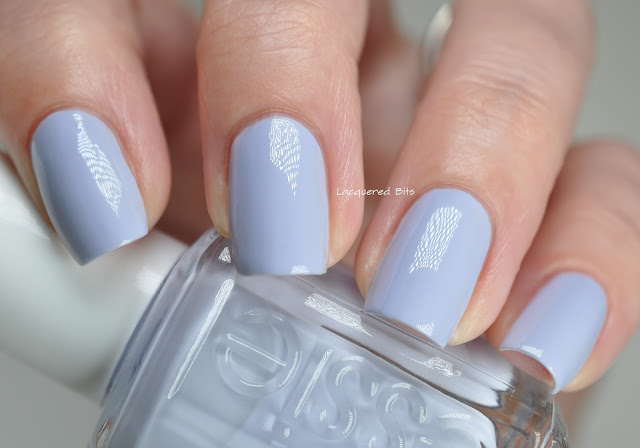 It says on their site it is icy frozen lavender. When I look at it on its own it seem to be an ordinary blue polish, but when I put it next to something blue, the purple undertones come out. Amazing!

It was streaky to, but it wasn’t as streaky as Peak Show. I managed to get away with only two coats (the first thin and the second lumpy) but again, maybe three thin coats would be better. 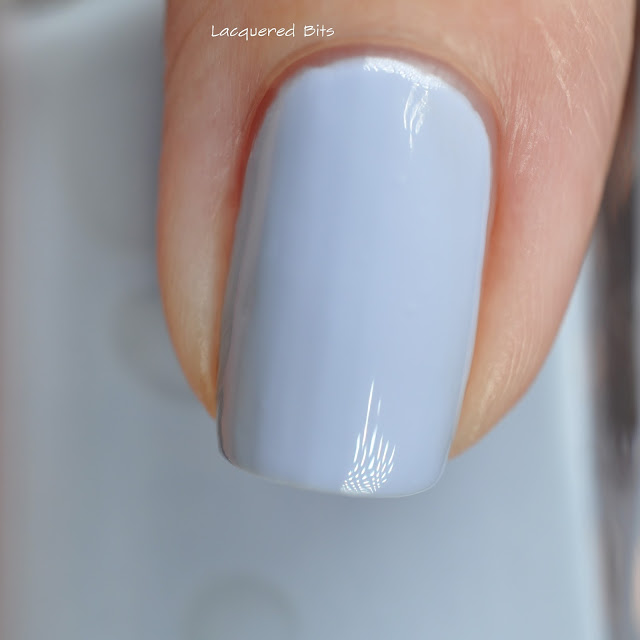 In this macro you can see that it is not totally even.

And comparisons shot. You can see here what I meant when I said that when you put it next to blue it becomes lilac. It really does. 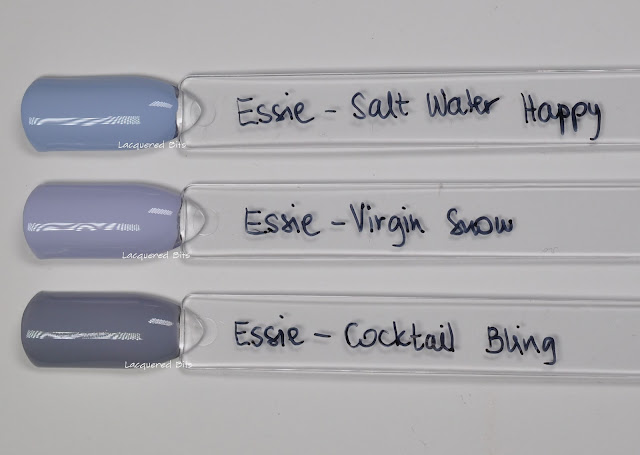 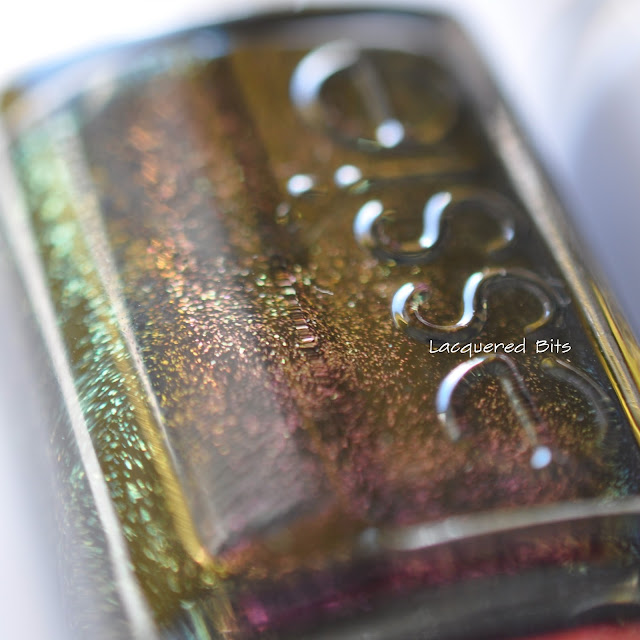 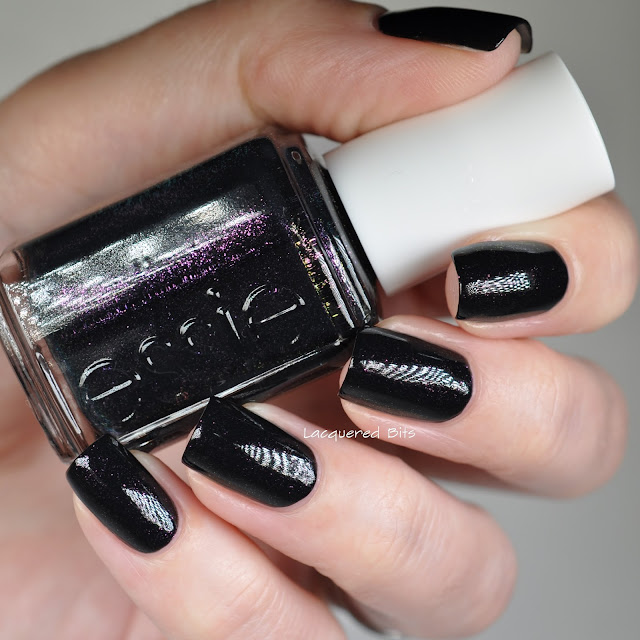 First you get a bottle shot. This photo was taken in the sun and look at all the colours that are hidden inside *-*. I hoped it would translate on to nails, but sadly it didn’t. All the photos you will see next were taken in the evening in the artificial light, but that wasn’t the problem. The next day I went straight in to the sun with my nails, but nothing like you see in the photo above happened. (sad face)

So this is how it looks on nails, tinny little stars hidden in the black universe. It looks pretty much the same in person, but the black polish is not just plain black, the sparkle gives it a special touch. 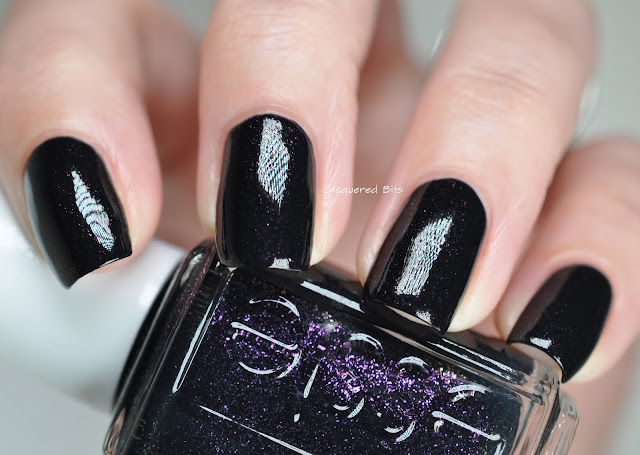 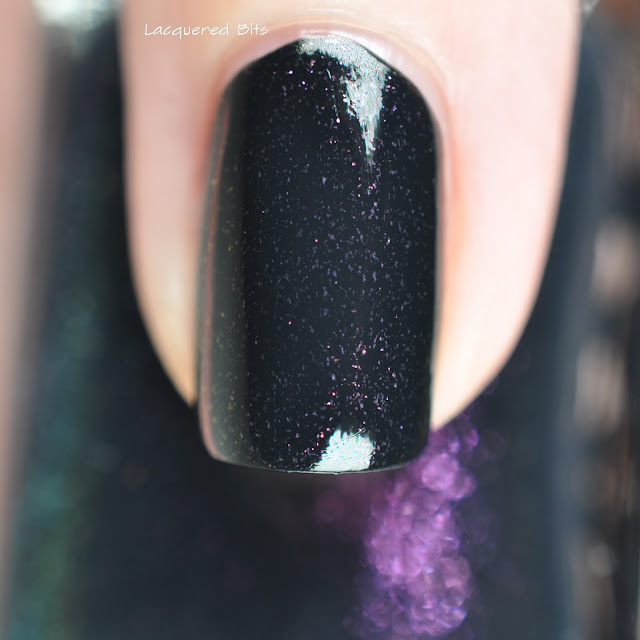 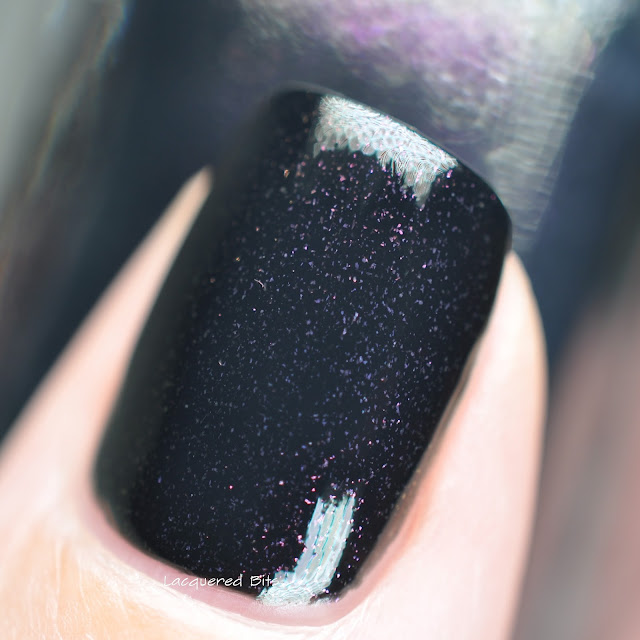 This is two easy coats, no streakiness, it went on smoothly like a butter. The shimmer payout is amazing, but it doesn’t come out of that black base like it should.

You see, up close you can see that it is full of flakes, but from afar the flakes get lost in the black base. But I love it nonetheless.

Comparisons shot. The closest here is Frock’N Roll, but the base is lighter and the micro glitter is totally different. 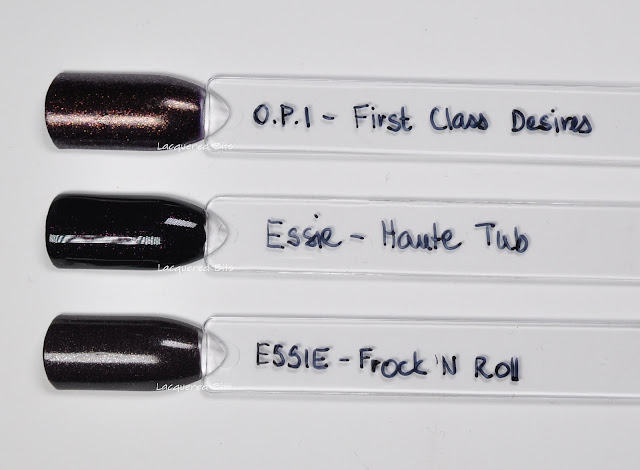 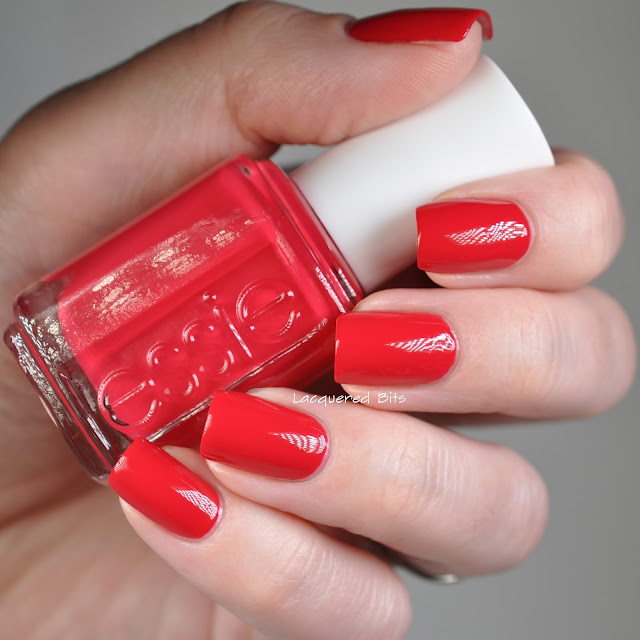 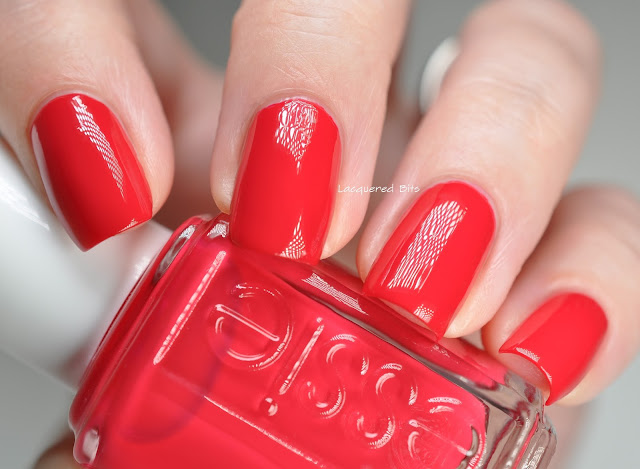 It’s a gorgeous pink red one coater and it looks like it is almost radioactive. It didn’t feel like neon, but just radioactive, if that makes any sense :). The application was easy and I did two coats for the swatches here.

It is very shiny and glossy even without top coat and I wish the formula of the pastel two would be like this one, because it is amazing. 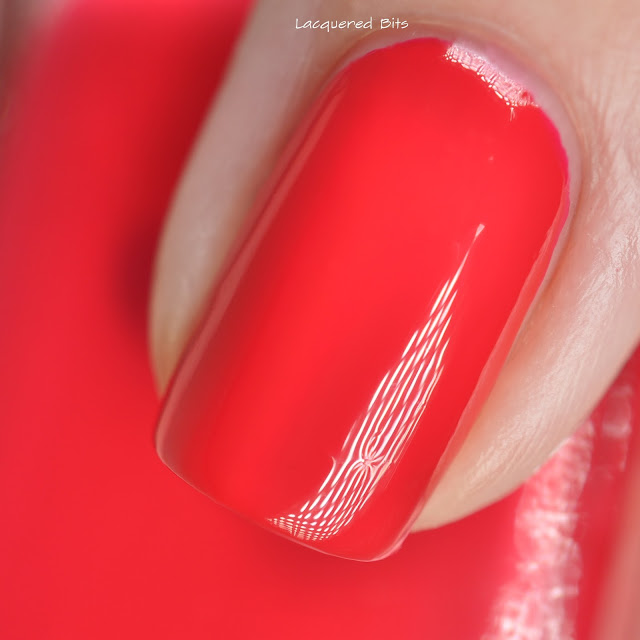 Comparison shot. Here we have many dupes. They don’t look exactly the same in person, but they are very close. I think the most similar here is Double Breasted Jacket, which is sad, because it was in last year’s winter collection. 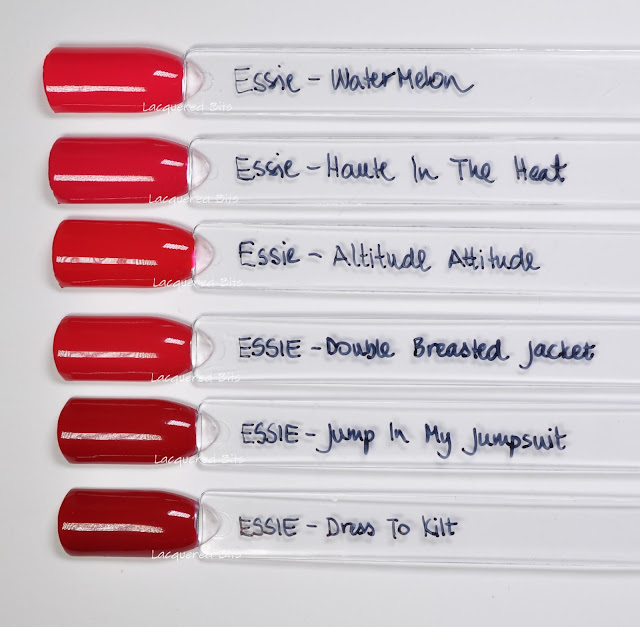 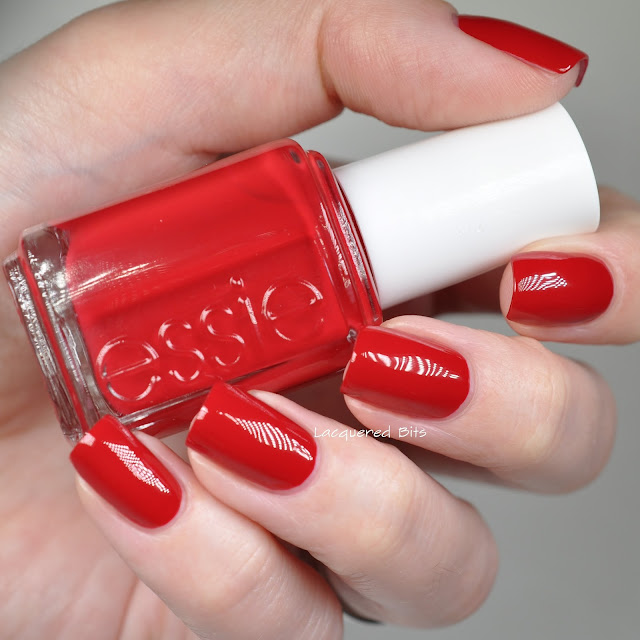 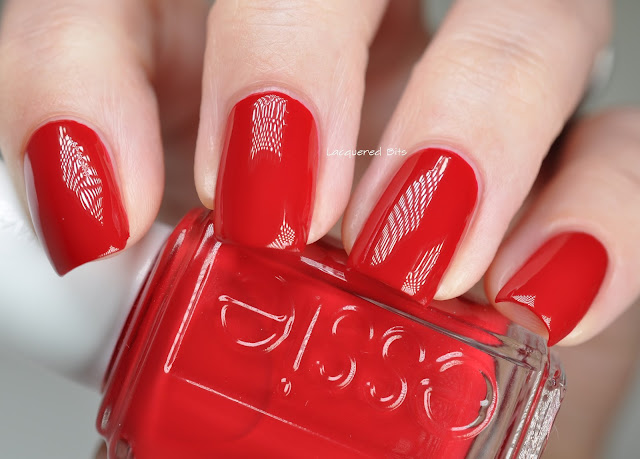 Another one coater too and another amazing formula. Perfect Christmas ruby red!

It was easy to apply, there was no streakiness and again, I did two coats for the swatches. 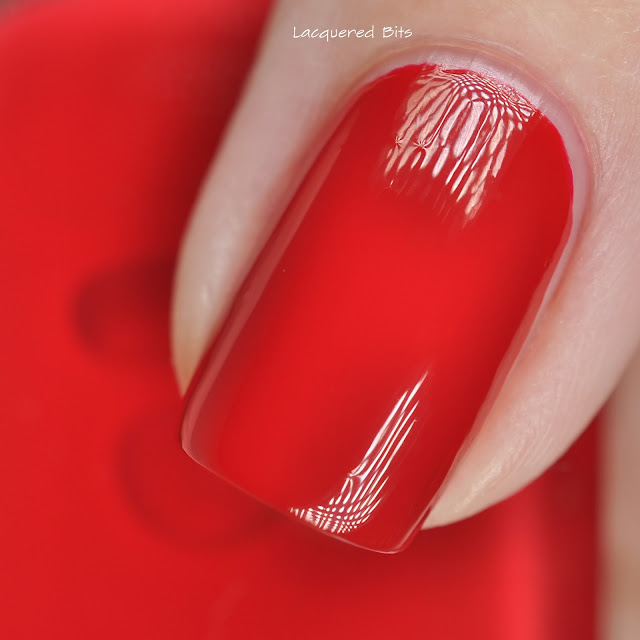 And look at this macro, it’s like the real ruby where there are different shades of red because of refraction.

Comparison shot. I thought Jump In My Jumpsuit would be a dupe here, but it’s not. This one is somewhere between Jum In My Jumpsuit and Double Breasted Jacket. 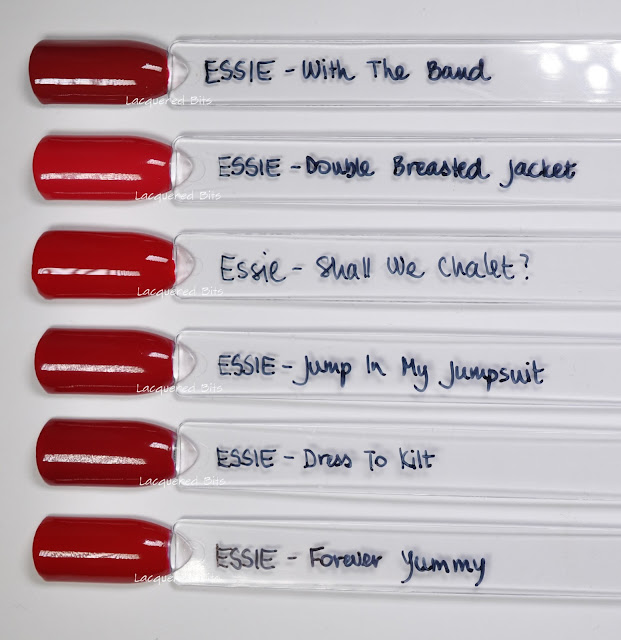 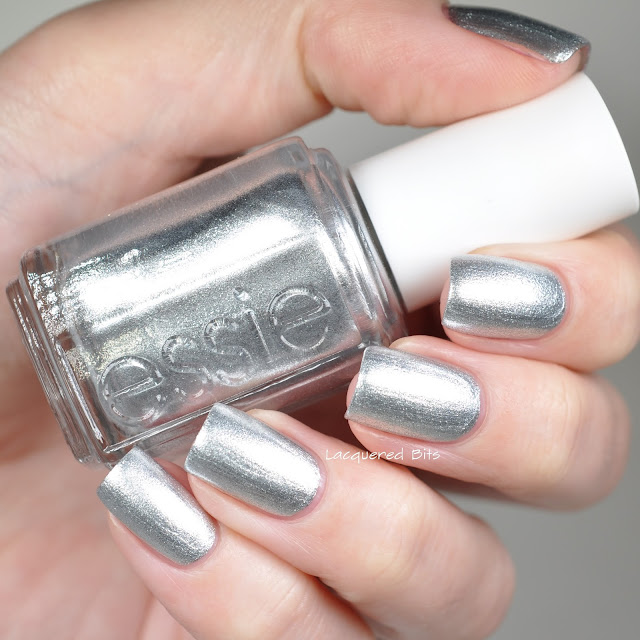 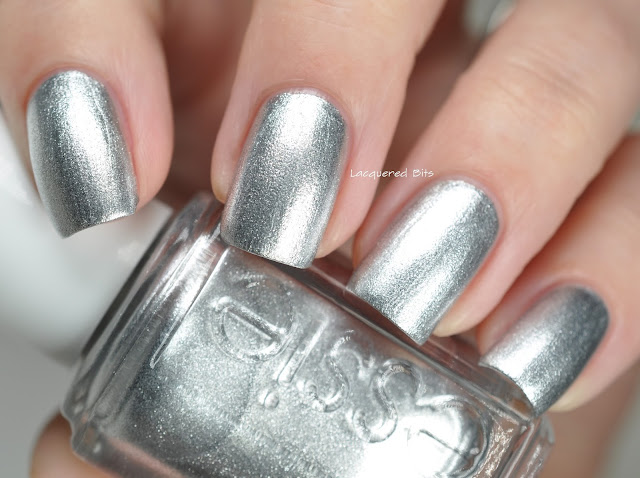 This is a shimmery silver chrome that you can make a one coater if your application is careful but I did two coats. It doesn’t dry to fast so you don’t have to work fast and worry about dragging the polish off of your nails while applying it.

There were almost no brush strokes, only some minor were present but they didn’t bother me. So I would say this is a great silver polish if you don’t have any yet. 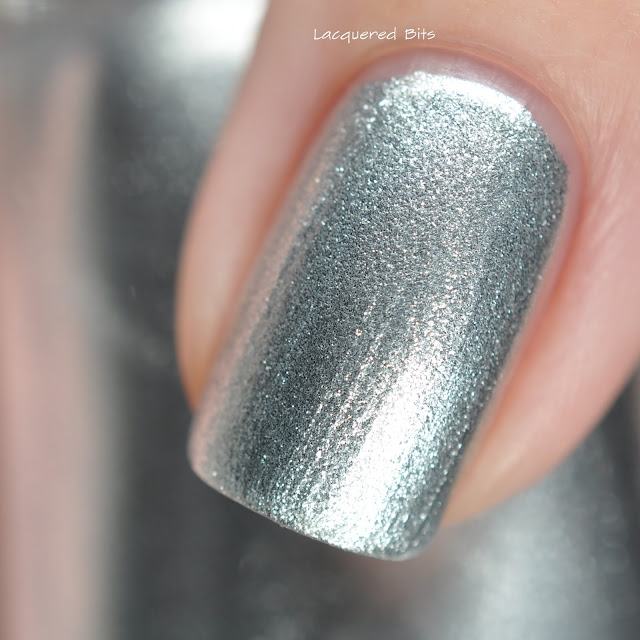 And the last comparisons shot. 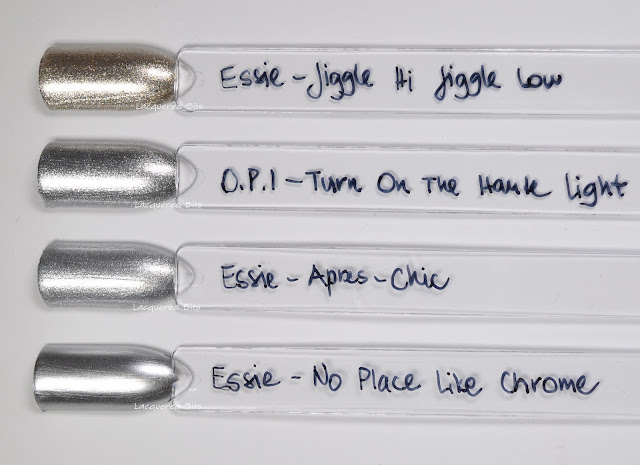 O.P.I is very close, but I think that Apres-Chic has got more chrome in there, it’s a mix of Turn On The Haute Light and No Place Like Chrome.

Sooo, what do you think? I think this collection is an average one. I had such high hopes for the pastels, but the formula wasn’t ok. The reds are dupes and the other two, well the black is just too black (I would loooove to see those flakes pop out of the base more) and the silver. I hope the spring one will be better :).

You may also enjoy: